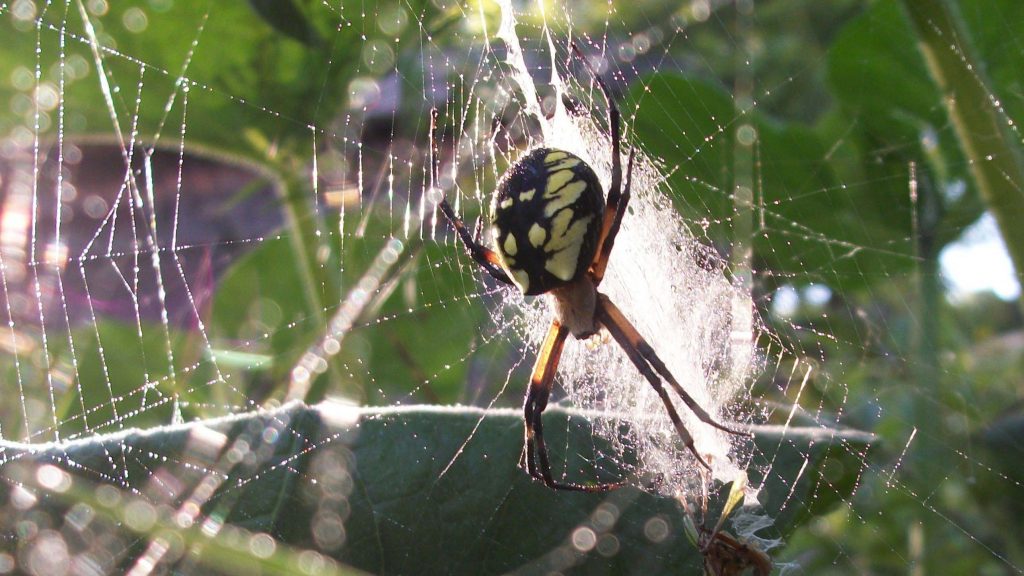 A Web of Deceit

My previous house alarm was rock solid, it always worked when you wanted it to, with a simple interface to arm and disarm.  Not too complicated, not too basic and nothing to trip it up …. or so I thought.

As usual this is no brand bashing blog – I’d rather look at the solution or resolution than any finger pointing – that should eb more valuable to both you and I .

My old alarm went off twice in 2 days, it has never gone off that many times in 3 years.  Be that a good neighbourhood, good products, good install (not me by the way), I could not believe it went off twice.

Luckily I was not flying blind, the alarm told me which sensor had been activated.  It was a bog standard, wired PIR sensor – no smarts, just active when ’tripped’, inactive at all other times.

From the ground it looked clean, even in a well lit room there was no damage or evidence of an issue.  Out came the ladder, up we go for the inspection.

The only thing I could find was from a little friendly house spider that had placed a small web across part the sensor.  It was the only thing evident on, around or behind the PIR sensor.

I cleaned off the web (checking all around the sensor) and the alarm went back to operate as normal – no more false alarms thankfully.

If you have an alarm sensor, or a smoke alarm that chirps out at full blast at some crazy hour in the middle of the night, it might just need a dust or surface clean.  My advice is to keep your PIR sensors as clean as possible and do it a couple of times a year, same for your smoke alarm.  Outside PIR sensors mounted close to trees/shrubs/ground may need a good clean after lots of rain, wind or dust.

If your alarm continues with the false activations from one/more alarm sensors, contact your alarm professional to investigate further.  Yes it will cost some money but hopefully it offsets your anxiety level of all the false alarms where you think something is really wrong.

It is better to be a smart home owner who maintains their home than an owner of unmaintained smart home .

Unsexiest Object In A Smart House